As of now, when I join 2 models in the graphical editor, it does not display correctly the second model name in the editor.

Here an example below (on a 0.44.0 instance), I have proposals that can have multiple comments. I join on two differents keys and as you see the blue box on the top left corner says "Comment - Id" instead of "Proposals - Id"

It may be another issue, but in the same subject, when summarizing data on GUI when we have multiple models, we see that when we summarize on a attribute that come from the second model( model on which I join), we do not see the name of the model anymore, but instead its ID, like a saved question. I wonder if it would be more convenient to have instead the name of the model, since models where made for simplifying non-data users to make queries. 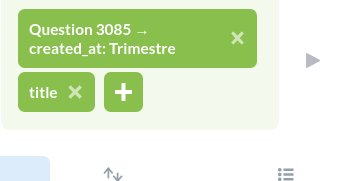