After updating metabase to the latest version a couple of weeks ago, I noticed that the names I had given in columns as metadata of a model stopped being shown correctly on my questions. Instead the name of the initial column is shown. Do you have any idea as to why this might have happened?

This is actually frustrating because I would like to have column names on my native language instead of default english named columns of my database.

Thank you in advance and thanks for all this great work.

Hi @Ziggy
Sounds like you're seeing this issue, which we've fixed in upcoming v45:
https://github.com/metabase/metabase/issues/22517

Thank you for your answer @flamber
I am aware of this issue a while now but I think that mine does not fall on that category. Let me explain a little bit better:

I have created a model, customised the data to translate the columns into native language and then created questions depending on this model alone. After updating to new version I noticed that hovering on my questions' visualizations shows the initial names of my columns. But the weird thing is that my model's metadata remain translated. Creating a new question does not solve the issue.

If you still think this is the same issue I am sorry I created new one, but all the times this happened to me the metadata were visibly changed and now they are not. I hope I was more clear this time.

I think I can see what my problem is now but I can't reproduce it because there is a functionality I can't use with sampl_Database. Let me clarify the steps:

1- sql query on a subset of columns of a table
2- create model out of it
3- Edit metadata as follows:
a) Mapping the columns of the model to the columns of the table in my database (This seems to be the problem, I will explain why I do this)
b) Translate every column into native language
4- Create a question. When created, column namesare presented as the original names rather than what I see when I click on the model (translated names).

I hope this is more clear. The issue seems to occur in step 3a but I can't reproduce it with sample because it won't let me map the columns to the database. The reason I have step 3a is because I had several issues before with report filters especially in desired dropdown lists. I should also mention that I had no such issues before version 0.44.6.

@Ziggy I don't understand why you cannot map columns with Sample Database.
But try going through all the Models issues, perhaps you'll find one that matches your problem.
https://github.com/metabase/metabase/issues?q=label%253AQuerying%252FModels

@flamber The part with sample database was my fault. I am capable of reproducing the issue right now. I am sorry for taking up your time but I don't think that this is exactly any of the already mentioned issues (probably a combination of some?)

For the reproduction:
1- sql query on a subset of columns of a table

2- create model out of it

b) Translate every column into native language

Now when hovering over the question, the initial names appear 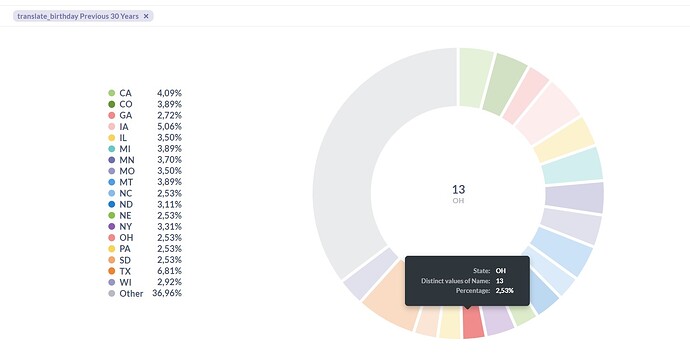 The model column names remain translated. Now when I edit back the metadata, removing the mapping to columns and recreate the question I get this:

Which is correct. I am sorry if this falls in another category but I can't quite understand it. Is it more clear now? This issue wasn't there before updating to 0.44.6. I'm not quite sure which version was the previous one but i'm positive it was one of 0.44 or 0.43. Thank you for your time .

PS. I couldn't post more images but I think the steps are clear

@Ziggy I don't think I understand the problem, but open an issue https://github.com/metabase/metabase/issues/new/choose with clear steps-to-reproduce.