Is MongoDB v 2.4.14 a supported database from which to query in Metabase?

I have not been able to successfully query data in a mongodb 2.4.14 instance running on Ubuntu 14.04.

The error that metabase returns is:

I do not know about the support of mongodb 2.4. However, this error is from mongodb and not metabase. The allowDiskUse option appeared in mongodb 2.6 and is really useful as it allows using disk capacities when the memory allocated to the mongo daemon is not enough for treating a query. Any reason for not upgrading your mongodb version

I second @vincent comments. The allowDiskUse command is super useful even just running your own aggregate queries!

Also updating your MongoDB version allows you to use the new WiredTiger storage engine which adds a ton of new features and really lowered our overhead.

The database is part of a network device controller application called “UniFi”, by Ubiquiti. As such, I’m not able to upgrade it to a more current version, lest I incur certain mayhem. UniFi is not able to provide in-depth statistics, so I had hoped to be able to use Metabase to query the hourly stats from various perspectives.

It sounds like Metabase issues a request that requires the mongodb instance to understand the “allowDiskUse” command, which is not present in v2.4.14, so I’m out of luck until UniFi modernizes.

Thanks again for the insight.

That’s funny I also run the UniFi controller too but never checked the Mongo version running on it. I haven’t had any issues upgrading the controller…yet, but I know it’s a crap-shoot and could wreck your setup.

Best of luck, and sorry we couldn’t help.

? I’ve looked at the release notes, there has not been any info about compatibility, but maybe I missed a github page… ? 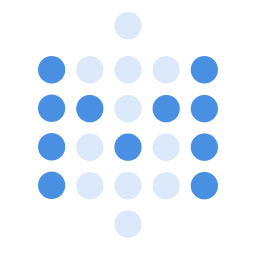 metabase - The simplest, fastest way to get business intelligence and analytics to everyone in your company :yum: