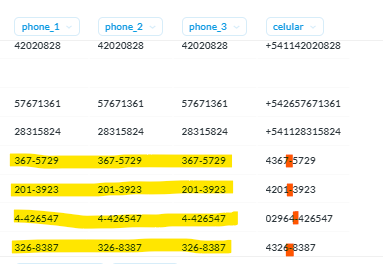 Hi @Vallistruqui
trim only removes characters from the start and end of a string - not the middle.
Since I have no idea which database you're querying, you should look for replace or translate

Thanks a lot!! That did it